Democratization of the politics of basic sanitation services through socio-technical innovations. Lessons to tackle the challenges 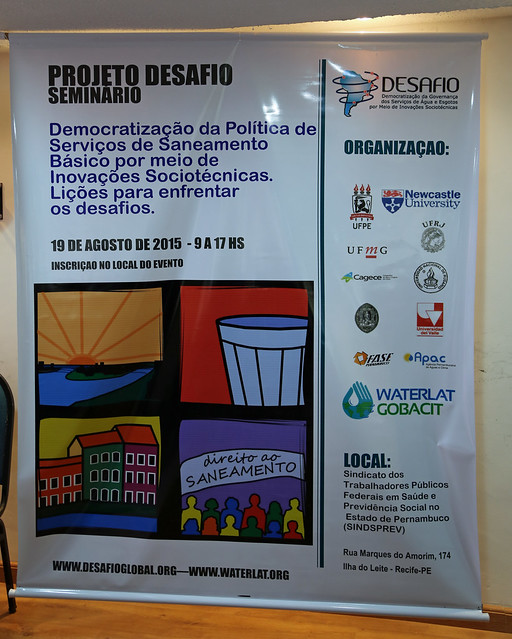 Watch here the full video record of the Opening Session

Excerpts from the Opening Session:

This seminar helps to make history in Brazil, the history of popular struggles in Brazil, because it is related to the major challenges facing the [democratization] of Brazilian society right now.

The issues [to sort out in Brazil] require solutions that can be applied locally, however these issues require a project of development for the country, a project for a policy of urban development, the building of sustainable cities […]. You can count on the Joaquim Nabuco Foundation, with our researchers, our analysts, our assistants, to discuss this and move forward in consolidating good practices [as the experiences to be discussed in today’s seminar]. What we demand and insist on is a national funding policy [for essential public services], a policy with targets, a policy of democratic social control, that counteracts [the current politics of privatization of water and sanitation services], as this is not the country that we want. Congratulations to the organizers, you can count on the Joaquim Nabuco Foundation in this strategy.

This seminar is very timely. I participated in DESAFIO’s First International Conference at the Federal University of Pernambuco […]. We are here with other directors of the Urbanitários Worker’s Union to participate in this seminar […], which comes a very good moment. Brazil is undergoing effervescent times and we have to engage with this effervescence to clearly identify what is wrong with this country. Congratulations to the organizers and to all those who came to participate in this seminar.

FASE joined this project from the start because we understood the importance of the contributions that such a project could have in strengthening the struggle for water and sanitation services and to enhance democratic social control […]. We hope that the results of the project help us to move forward in the process of mobilization and democratic social control to make water and sanitation policy more systematic, effective, less dependent on the vagaries of who is in government. 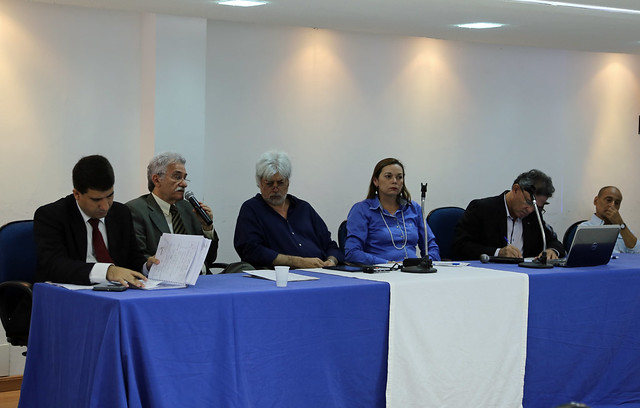 10:00-13:00 Round Table 1 – Obstacles and facilitators of the democratization process of the politics and management of basic sanitation

Watch here the full video record of Round Table 1

Presentations from Round Table 1 in pdf: 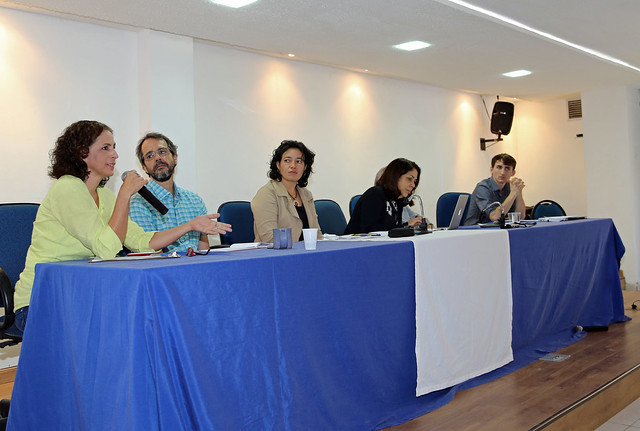 14:00-17:00 Round Table 2 – The challenges facing the democratization of the politics and management of basic sanitation in the Brazilian northeast

Antonio Miranda Neto, Former Secretary of Sanitation, Municipality of Recife, and Member of the United Nations Advisory Board on Water and Sanitation (UNSGAB)

Watch here the full video record of Round Table 2

Presentations from Round Table 2 in pdf:
João José da Silva

17:00 Closure and distribution of printed copies of the book The Right to Water as Public Policy in Latin America: a Theoretical and Empirical Exploration, José Esteban Castro, Léo Heller and Maria da Piedade Moraes (Eds.), Brasilia: IPEA and WATERLAT-GOBACIT Network, 2015. 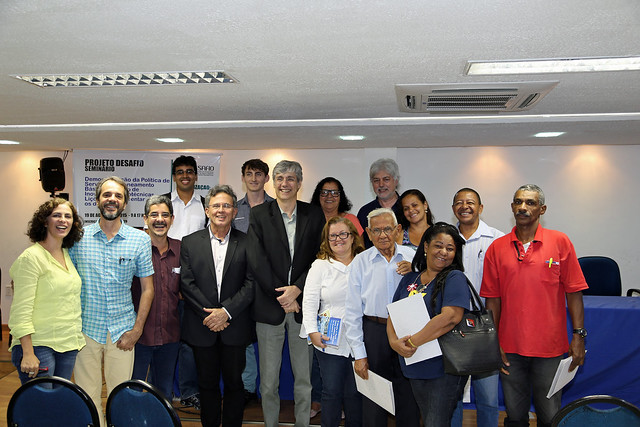 Jointly organized by the Federal University of Pernambuco (UFPE), Newcastle University, United Kingdom, the WATERLAT-GOBACIT Network, and the Federation of Entities for Social and Educational Assistance (FASE), Pernambuco, Brazil.